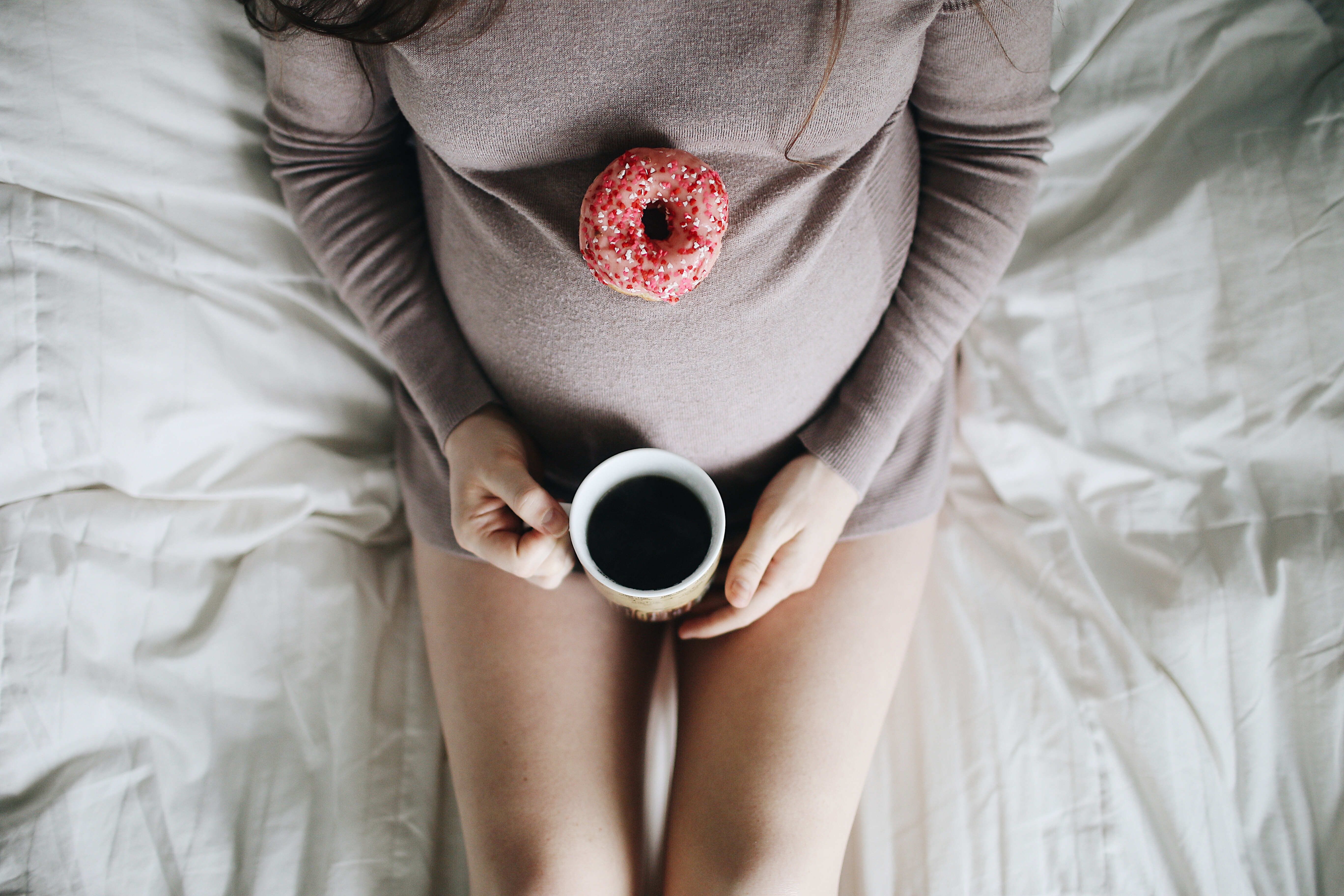 Can You Drink Coffee When Pregnant?

Pregnancy comes with a lot of dietary sacrifices, some more difficult than others to stick to. If you’re the kind of person who needs their coffee during the day, you might be worried about adding it to your list of pregnancy no-nos. A quick disclaimer: we have only summarized current research and by no means are providing medical advice here. Anything you choose to do after reading is at your own risk!

From the research we've done though, it looks like you potentially don’t have to give up coffee entirely. Research on how coffee affects pregnancy is still somewhat limited, but consuming small amounts of coffee should be perfectly safe. One of the primary concerns regarding coffee consumption during pregnancy is the caffeine intake. The general consensus is to limit your caffeine intake to about 200 mg/day. Beyond that, how coffee affects your body while pregnant can vary greatly from person to person.

How Much Coffee is Okay?

So why is it that you need to limit your caffeine intake during pregnancy? There are a number of reasons this is a good idea. For starters, we don’t fully understand how caffeine affects a fetus. We know that consuming less than 200 mg/day of caffeine shouldn’t harm your baby, but there isn’t enough research on long and short term effects of excessive caffeine consumption. This doesn’t mean you need to panic if you’ve been a little overzealous with your coffee in the morning. Simply start reducing your caffeine intake, and if you’re really concerned, talk to a healthcare professional. Every person and every pregnancy is different, and you doctor will always be the best source of information.

Much of the research on how coffee effects pregnancies is inconclusive. This doesn’t mean that the studies themselves have failed to reveal useful information, but simply that science has yet to demonstrate clearly that coffee has any direct, serious effects on a woman or baby during pregnancy. In other words, consuming coffee in reasonable doses does not appear to be a bad thing. What we do know is that caffeine can permeate the placental barrier, meaning that the caffeine in your blood stream can flow through the placenta to your baby. Generally speaking, even higher consumption rates of caffeine don’t appear to have any serious adverse effects on pregnancy. Because coffee and its components are so complex, and its interaction with our bodies so complicated, doctors nonetheless recommend limited caffeine intake as a precaution.

It’s also important to remember that coffee isn’t the only common source of caffeine. Teas, ice cream, chocolate, energy drinks and sodas all contain caffeine. Even decaffeinated coffee can have up to 15 mg of caffeine in it. So if you want to keep your caffeine intake strict, you’ll have to take more than coffee into consideration. This is especially true if you find that your sensitivity to caffeine is increased during pregnancy, a common side effect that may have to do with hormones slowing the rate at which your body metabolizes caffeine. With the exception of allergies or other individual intolerances to caffeinated foodstuffs, they are mostly safe to consume during pregnancy. But because of how differently your pregnant body can react to things - sudden cravings for food you never liked before, bad reactions to food you used to love - it’s always good to proceed with caution and pay attention to how different things make you feel. Accidentally over indulging on caffeine can lead to discomfort, increased heart rate, and other symptoms that you’ll want to avoid. While often harmless, an increased heart rate and blood pressure should be avoided during pregnancy. Depending on the severity and cause, they can lead to serious complications. That’s why it’s important to pay attention to your symptoms and keep your doctor informed on any changes in reactions to your diet. It’s the best way to continue to enjoy the coffee you love without putting your health and baby at risk.

So, What's it Mean for You?

Beyond any health risks, you might simply find that coffee causes excessive discomfort during pregnancy. Common side effects of drinking coffee include difficulty hydrating, frequent urination, and heartburn. While not everyone experiences these side effects, you might find that they worsen or even occur for the first time after you become pregnant. While these side effects on their own are minor, you may decide that your cup of coffee just isn’t worth the extra discomfort. Pregnancy is hard enough!

As long as you limit your caffeine intake and pay attention to how your body responds to coffee during pregnancy, there is nothing wrong with indulging in the occasional java. You might find that you react differently to coffee during your pregnancy through higher sensitivity to caffeine, heartburn, or dehydration. While you don’t need to give up on coffee entirely, reducing you coffee intake is a good way to avoid these symptoms, and limiting your caffeine intake altogether is recommended.